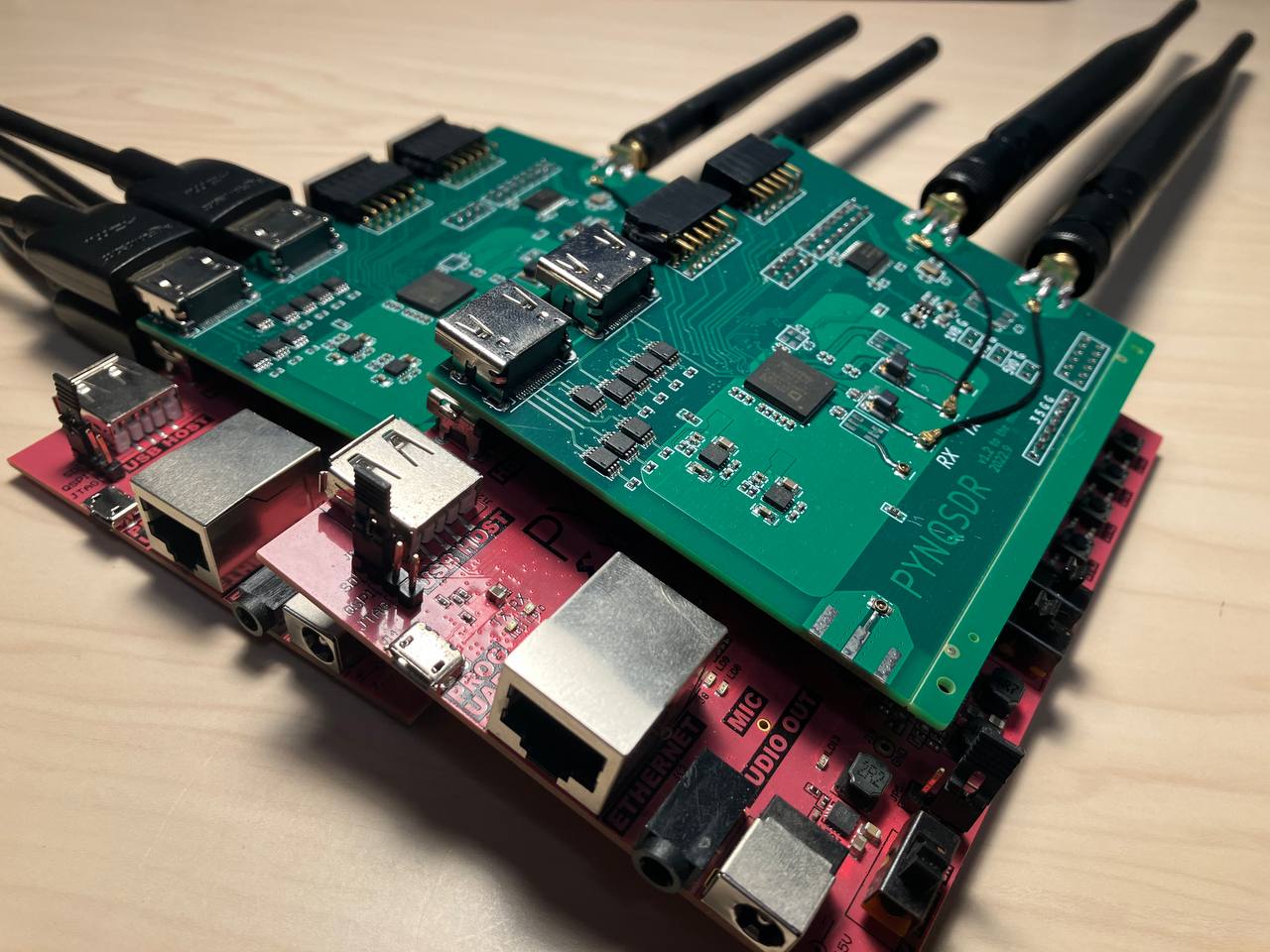 The add-on that brings openwifi to PYNQ-Z1

One PYNQSDR HAT + PYNQ-Z1 ready-to-use combination for sale at 325$!

The original idea from late 2021, now ready for sale. Even with a new 299$ PYNQ-Z1, this combo is still the cheapest available openwifi-capable platform(as of late 2022).

Why this: On usual ZYNQ + AD936X combinations, the two chips are tightly coupled on one board, making it hard if even possible to utilize the ZYNQ for general FPGA development. But here, with the extension removable, you still have a fully-functional PYNQ-Z1 ready for anything. So it’s especially suitable for FPGA person who want to have a taste of SDR(like me), or vise versa.

Limitations: Due to bandwidth limitations of the TX LVDS connections, 1RX1TX 40 MHz sample rate is the maximum. This is enough for all openwifi operations. For RX, 61.44 MHz sample rate can be possible. The baluns are not rated for 5 GHz, so transmission power is low. Also, I don’t guarentee any exotic RF performance except that on my desk an iPhone can connect and communicate with the openwifi hotspot 20 cm away from the antennae.

Connection: The 3 SMA connectors(2 used, one spare) on HAT are SMA-P(ordinary standard), the adapters are SMA-J to RP-SMA-P, the antennae are RP-SMA-J(WiFi standard). See picture below.

Setup guide and software support(including pre-built ready-to-use SD card images) will come later, before you receive the board if lucky. 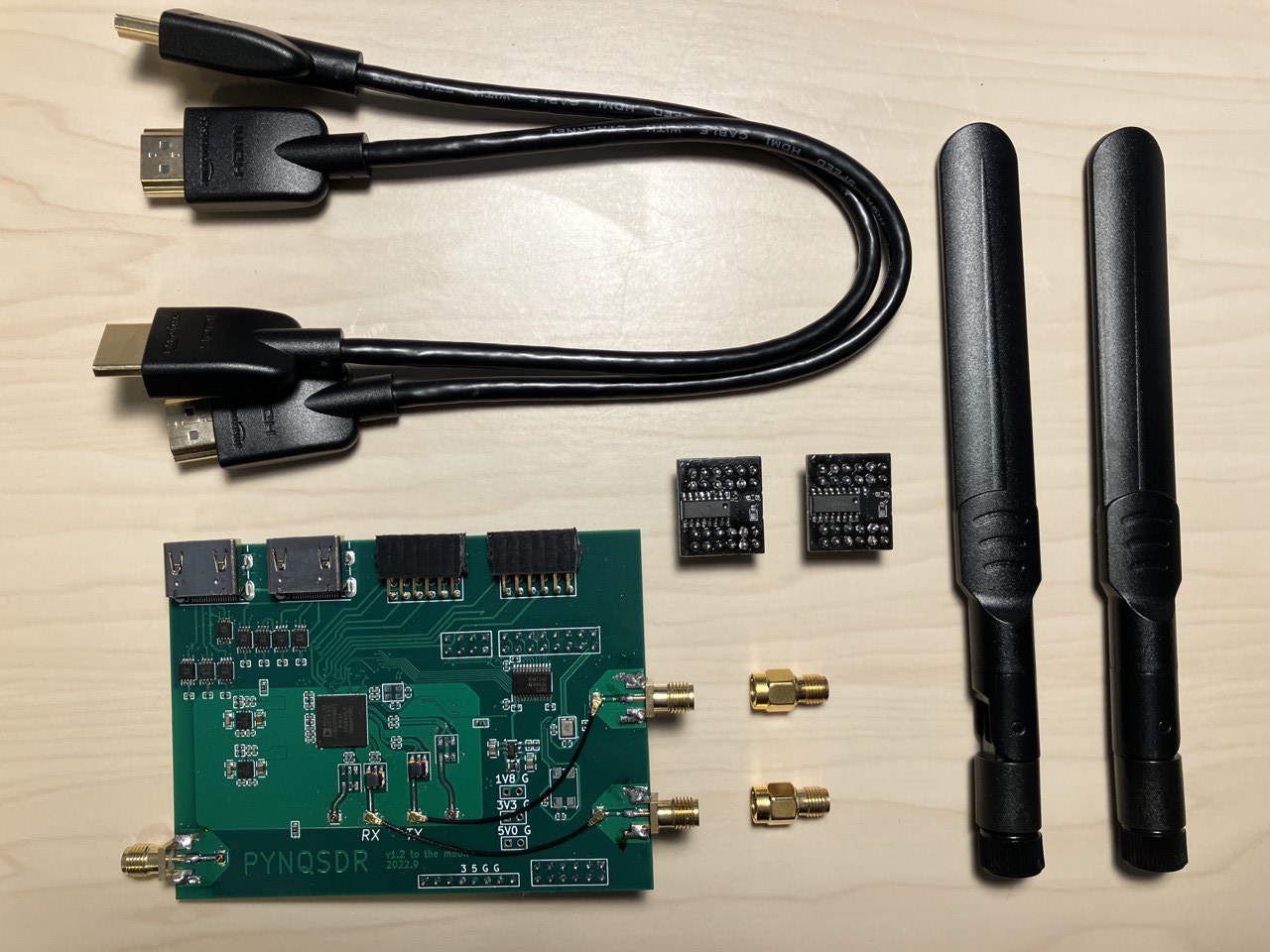 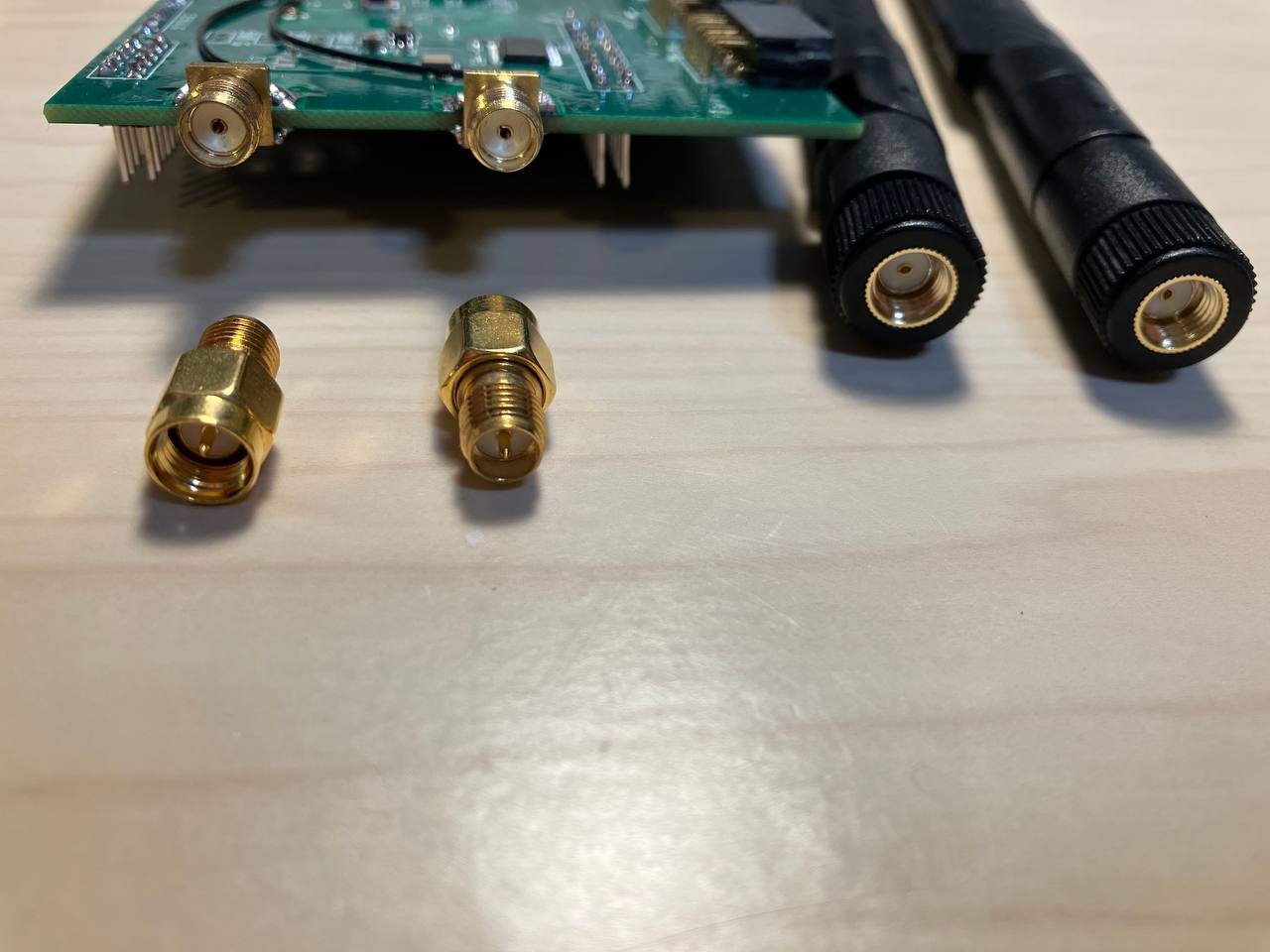